on January 08, 2020
The other day I told a friend that veganism is an imperfect way of living. At best, you can only hope to do so much. Each decision is fraught with a "good, better, best" type of mentality. It's OK though (even though it doesn't feel that way but it has to be for my own sanity) because I feel that in the long run, each day I am helping some animal somewhere to stay alive, even if my decisions aren't perfect.

I think my take on veganism can be extrapolated out to life in general. Life itself is imperfect. Living is imperfect. There is no other way. Take the above photo as an illustration of the point. (And bear in mind that this is just one example.) Today was market day for me and the above pic shows part of my haul. Do you see anything wrong with anything there? I do. I see stuff  that I hemmed and hawed over, grappled with a bit and then settled for the lesser of several evils in my choices. Let's take things apart, OK?

Packaging: One of my goals this year is to reduce the amount of packaging that I throw away (and buy to begin with). It's a tall order. Our recycling company won't take a Whole Bunch of Stuff! Plastic wrapping (like on the mushrooms) is one of the items that is a no-no. Likewise for the plastic bag that the slaw comes in. They will however take the plastic container that the lettuce comes in so that is good. Why did I buy those "bad" items then if they can't be recycled? The reason is because I am a work in progress. Remember I said above that life is not perfect? Well, I am not perfect either. I really wanted to try out that slaw. And next time, I am buying the mushrooms in bulk. I already decided.  My reasoning though for the lapse in judgement is that I tried to use my own bags for most items that I bought and I also did buy some packaged things that can be recycled (see the cans of beans?).

What about those beans?: I bought those beans in case of an emergency. An emergency could be as simple as I ran out of prepared beans from the freezer or as dire as our electricity has been cut off due to fires and I lost the beans in the freezer because they defrosted and I couldn't keep everything cold. The good news is that the beans are organic (yay, for good farming practices!), "lowered sodium", and the cans can be recycled. The bad news is that the beans came from a processing plant somewhere that probably uses a ton of fossil fuels and water to get the beans to market. So, bad news there. I don't even want to imagine about the workers picking and dealing with those beans.

How about those potatoes?: Most of that produce is not organic. To me, the organic designation makes a difference in two ways: how the land is treated and how seriously a company takes things. (Pesticide usage matters a lot too but in terms of eating the food, I don't worry too much. I do worry about the soil, water, and animals, however.) Now, there are plenty of companies that follow best practices and take very good care of their land and their product. I try to buy from those folks. An organic designation is very expensive though and time consuming to acquire. Many companies do without but also are very responsible. That designation is important though and I hope one day it won't be so expensive for small companies.

What about the rest of the stuff not shown?: I bought dry goods too and used my own bags. All of my produce, save the packaged items, went into my own bags too. So, that's a win. I did buy a bag of frozen vegetables (bag is not recyclable) and some tempeh (wrapped in non recyclable plastic). I bought some things in tetra packs and those are recyclable (Think almond milk and vegetable stock).

What about your car and the mileage?: Well, goodness! Now we are getting down to the gnat's rear-end aren't we? Yes, I drove round trip about 5o miles to go to this store. My town has a grocery store but the produce isn't always fresh. I will be making some ferments tomorrow and the produce needs to be good to begin with. (Garbage in, garbage out!) I do this sort of long distance trip about once a month. The rest of the time I shop at my local store which, by the way, is also a split decision. The prices can be higher on some items but I have used less gas and non-renewable energy to get to the store. I am also supporting a local business which feels good.

Honestly, I am not complaining about the decision making. It's a gift to be able to choose isn't it? Many people can't and so that is important to remember when you are stalled out in the vegetable aisle. As I said above though and as I have been saying a lot lately, life is not perfect. I don't mean that my life is messy or chaotic. I work hard not to have that sort of stuff going on. But the choices I make every day are usually a split of some sort and the split is not always super. I believe strongly though in "the lesser of two evils" concept when making decisions. If I didn't take this tactic I would never make any decisions! This kind of approach has developed as I have gotten older and I think it works well. I am not advocating that you abdicate a conscientious approach to decision making because it is the easier way to go but simply that some degree of reasonableness has to come into the process. My belief is that veganism and whatever way of life you want to adopt is an ongoing discussion. It can't be perfect but it can't be put off either. Quite frankly, the longer you wait to act because things need to be 'just right", the more animals will perish, the more things will stay the same, and the less impact you will have overall. Now, go chew on a Beyond Meat burger and eat some organic vegetables!

Thanks for reading,
Libby
libbyfife@ymail.com

*This blog post will appear in four parts, each part being a review of one specific book. Part 4 of 4  follows below:

Of the four books that I have reviewed, Power Plates: 100 Nutritionally Balanced, One-Dish Meals by Gena Hamshaw is my favoritte. It's the book that I turn to most often for inspiration and for recipes that I actually use regularly.

If you haven't yet "met" Gena, she is the author of The Full Helping Blog. Her credentials go beyond this though. She is a vegan food educator, cookbook author, and certified nutritionist who is currently working on her DI (dietetic internship). Gena writes with feeling and care about her recipes, her personal insights, and other information relevant to veganism, eating in general, health and well-being. I tune in every weekend to catch her Weekend Reading posts in which she provides links and commentary to all sorts of interesting health related articles.

In this cookbook, Gena offers nutrionally balanced vegan recipes for … 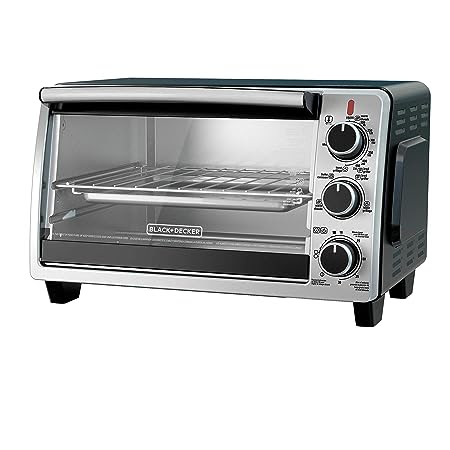 I just purchased a new toaster oven. After years of owning a traditional toaster, I decided to try something different. My move was prompted by a bread recipe. I make this bread that doesn't contain whole wheat flour and hence, no gluten. Gluten gives structure to bread. I like gluten, nothing wrong with it, but I started to make this quinoa/oatmeal bread to broaden my nutritional horizons. The issue is that the bread tends to fall apart in a traditional toaster. It just doesn't have the wherewithal to stand upright and to be subjected to the toasting process. So, laying the bread flat in the toaster oven works really well. The toaster oven works great for this purpose but now, what do I do about that toaster? (My husband still wants to use the regular toaster so it has to stay.) 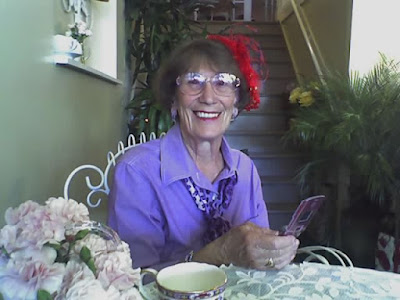 On Mothers, Mothering, and Memories

That is my mom pictured above. She sure loved her Red Hat Ladies and all of their fun events. Yesterday marked the five year anniversary of my mom's passing. I can't believe it has been that long. In many ways, the night she collapsed and was hospitalized and the following day that she died seem like things that just happened yesterday. Though there is an immediacy to my memories of that time, there is also a remoteness. The passage of time can soften the edges of things if you allow it to. There really is truth to the fact that there isn't a day that goes by without thinking about someone who you have lost.

Wednesday was no exception. The days leading up to that day were kind of vaguely hard for me. I couldn't really put my finger on why though. The best I can do is to say that I miss having someone to "mother" me. The last couple of days I have been considering how most of us need some kind of parental figure regardless of how old we get or who that figure …